New pipeline to supply gas from the Netherlands to the UK 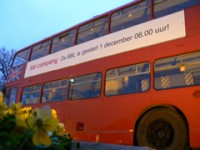 On 1 December, the Balgzand-Bacton Line (BBL) - the first pipeline to link the Netherlands and the United Kingdom – has begun supplying gas from the Dutch mainland to the UK.

The BBL makes it possible for the UK to import a higher volume of natural gas from the European continent. Following a rise in demand for natural gas coupled with a steep decline in domestic gas production, the UK is becoming increasingly reliant on imported gas to ensure security of supply. At the end of last year, the UK even experienced a threatened gas shortage. Annual consumption currently stands at 100 bcm. The BBL is thus able to account for 15% of the UK’s gas requirement.

The gas that the BBL supplies will come from various shippers who will obtain it from producers in and beyond the Netherlands. Transport has successfully started on 1 December 2006 at 06.00 hrs.

Construction of the BBL has taken just under two years. It has been a challenging project, completed with the help of the latest technology, such as the new electric compressor station in Anna Paulowna, Noord Holland.
BBL Company is a joint venture between E.ON Ruhrgas, Fluxys and N.V. Nederlandse Gasunie. Additional information about the project can be found on www.bblcompany.com.